Gelato at home? Yes!! And this Blackberry and Whiskey Gelato is a good place to start. With a little heat thanks to spicy, sweet pecans, this boozy bite is a perfect ending to a great meal. 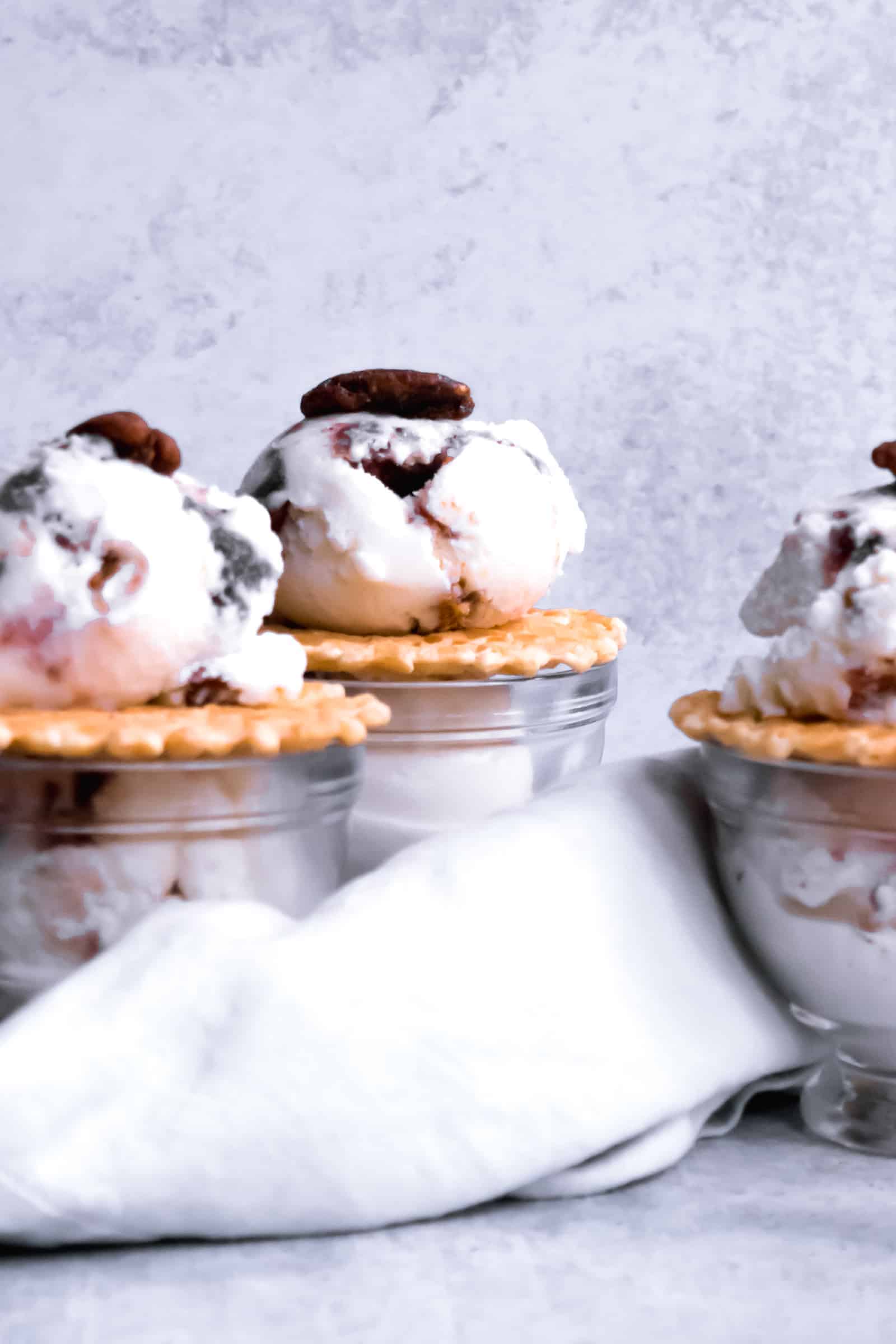 We Americans love our ice cream. There's nothing like a big scoop of double chocolate bitter chip from my favorite local shop. Living within walking distance of said shop is dan-ger-ous. And If you've been to Italy and had a chance to try it, then you know Italians feel the same way about gelato, which means "frozen" in Italian. So, I set out to make some gelato using my ice cream maker which might seem like breaking all the rules. (Rules, especially of the ice cream kind, are sometimes meant to be broken). To give my gelato an American twist, I used a tich of whiskey. You might say this gelato is where America and Italy converge.

What's the difference between gelato and ice cream? 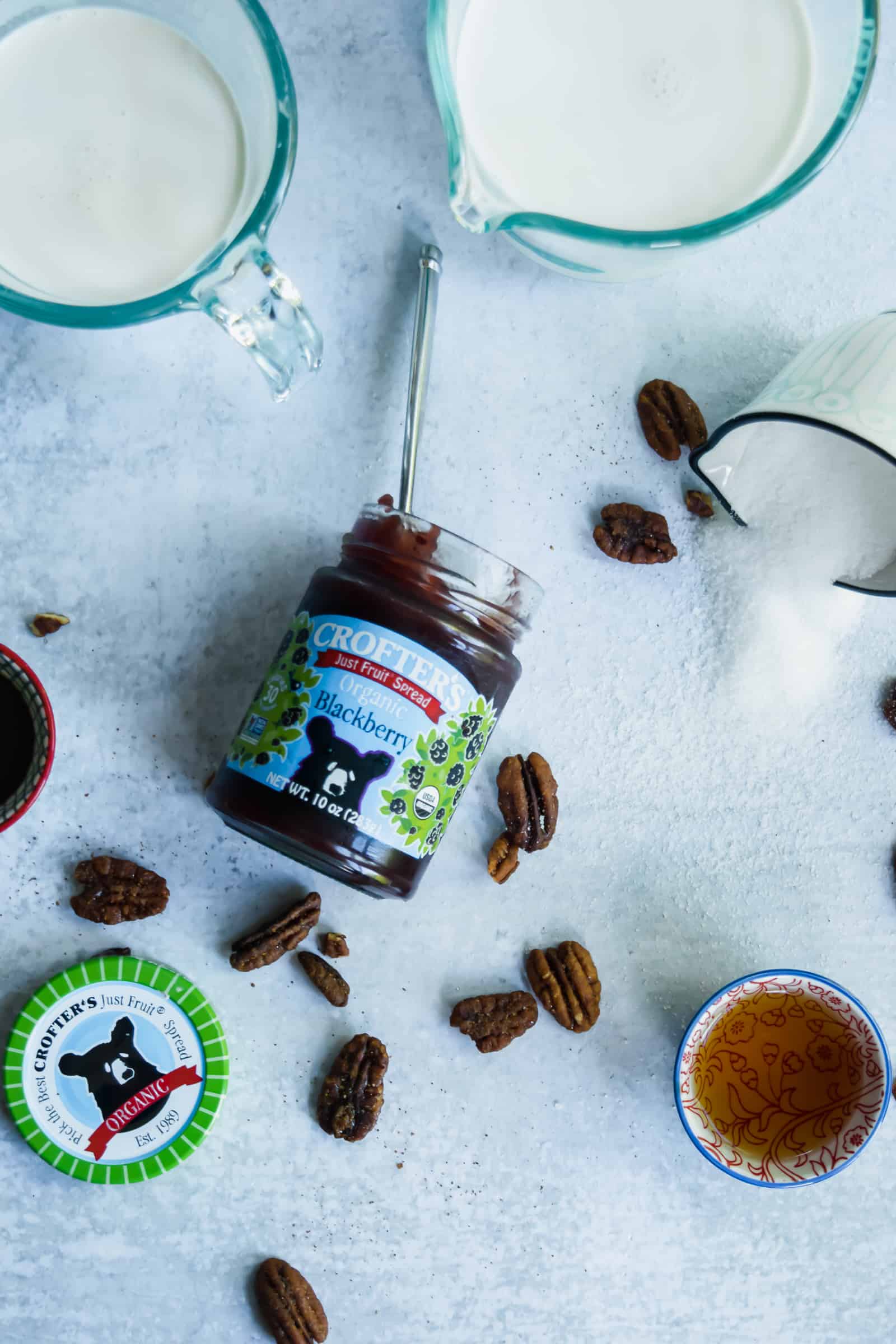 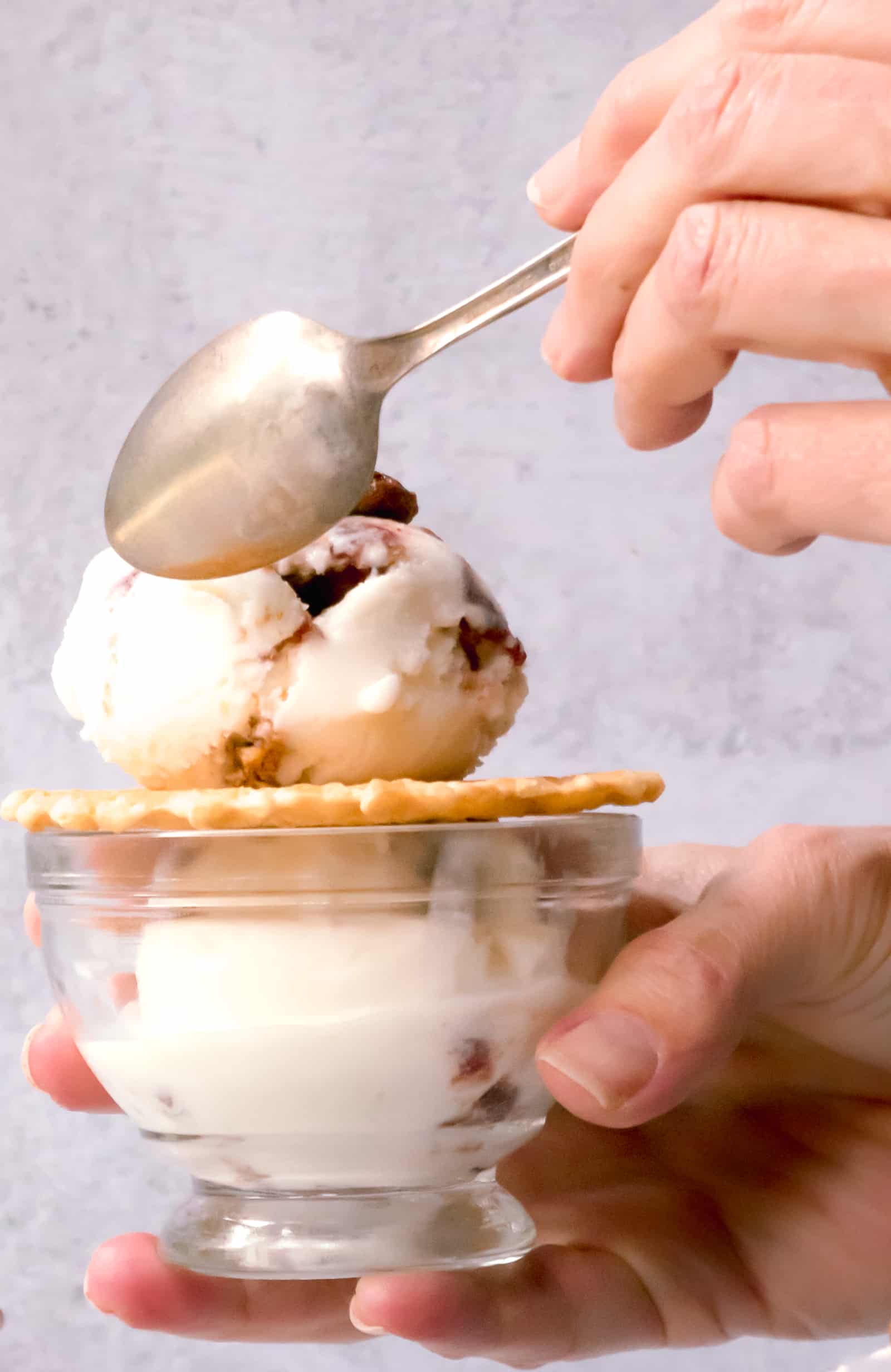 For this recipe, I tried an Italian technique called fior di latte or "flower of the milk". Fior di latte means the gelato is of the purest milk flavor and calls on three primary ingredients. 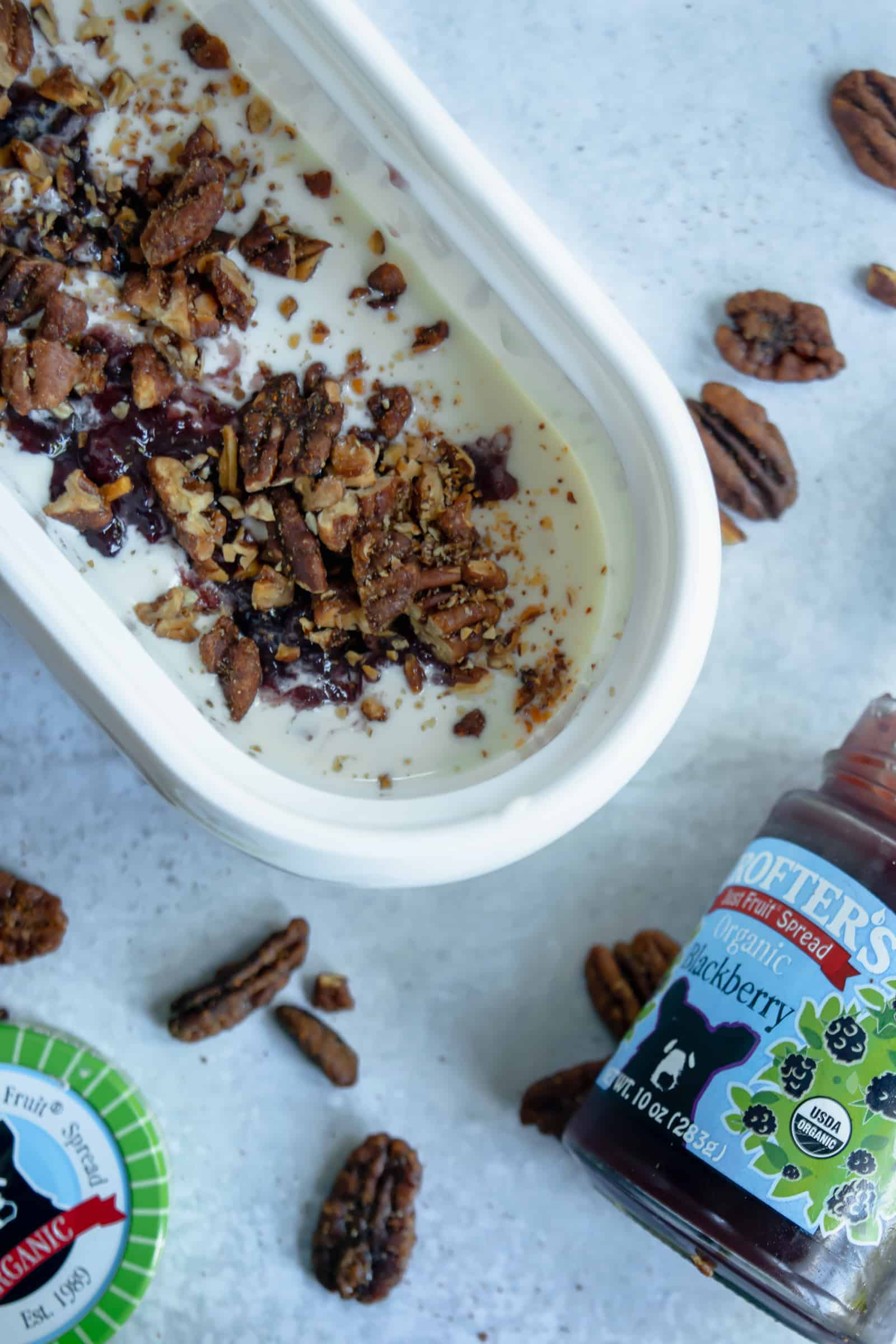 First, you need an ice cream maker. There are so many great options out there. The most popular is this one largely because of its price point and reliability. If you plan to make ice cream every week (and I FULLY support that), then I would definitely check out a model like this one that has a built-in compressor. Having a built-in compressor means you don't have to freeze the bowl between uses. Or own an extra bowl. You can make ice cream all day every day at the touch of a button. Over and over and over again. Whichever way you choose, make sure your bowl is frozen hard (meaning you can't hear any liquid swishing when you shake the container). 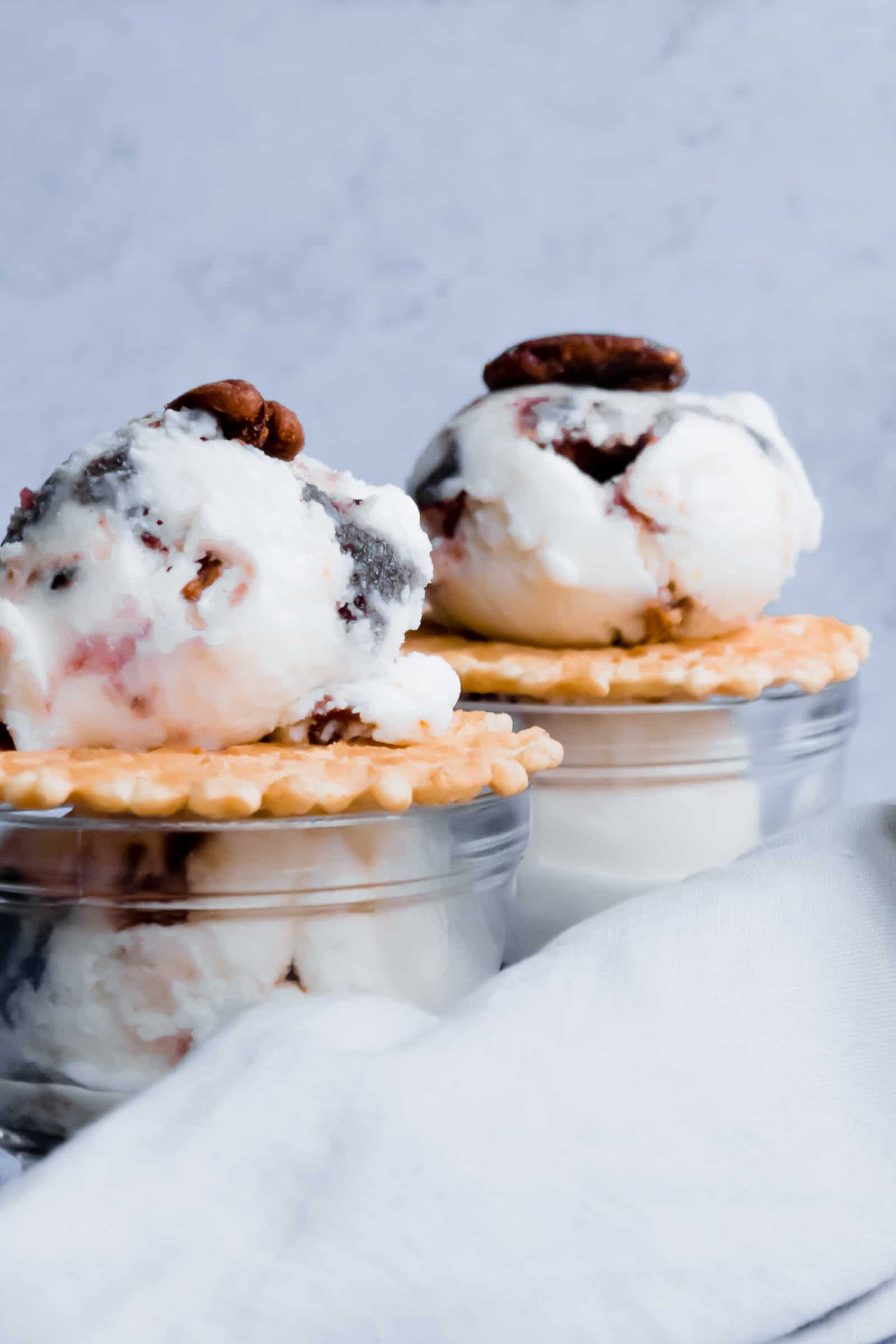 While most ice creams and gelatos use a custard base, this does not, as it doesn't contain eggs. However, you still cook up the milk, cream, sugar, and cornstarch over low heat until it thickens up nicely. Then off the heat, you'll add the whiskey and a touch of the vanilla. I might have ruined the fior di latte a bit by incorporating the drop of vanilla, but it's still pretty darn pure! You didn't know I was such a rule breaker.

Pour the base into a wide, shallow bowl and place in the fridge until it's chilled and ready for the ice cream maker. You can certainly make the base the night before, let it chill overnight and then process the gelato in the morning. You just need ample time for the gelato to firm up before serving. 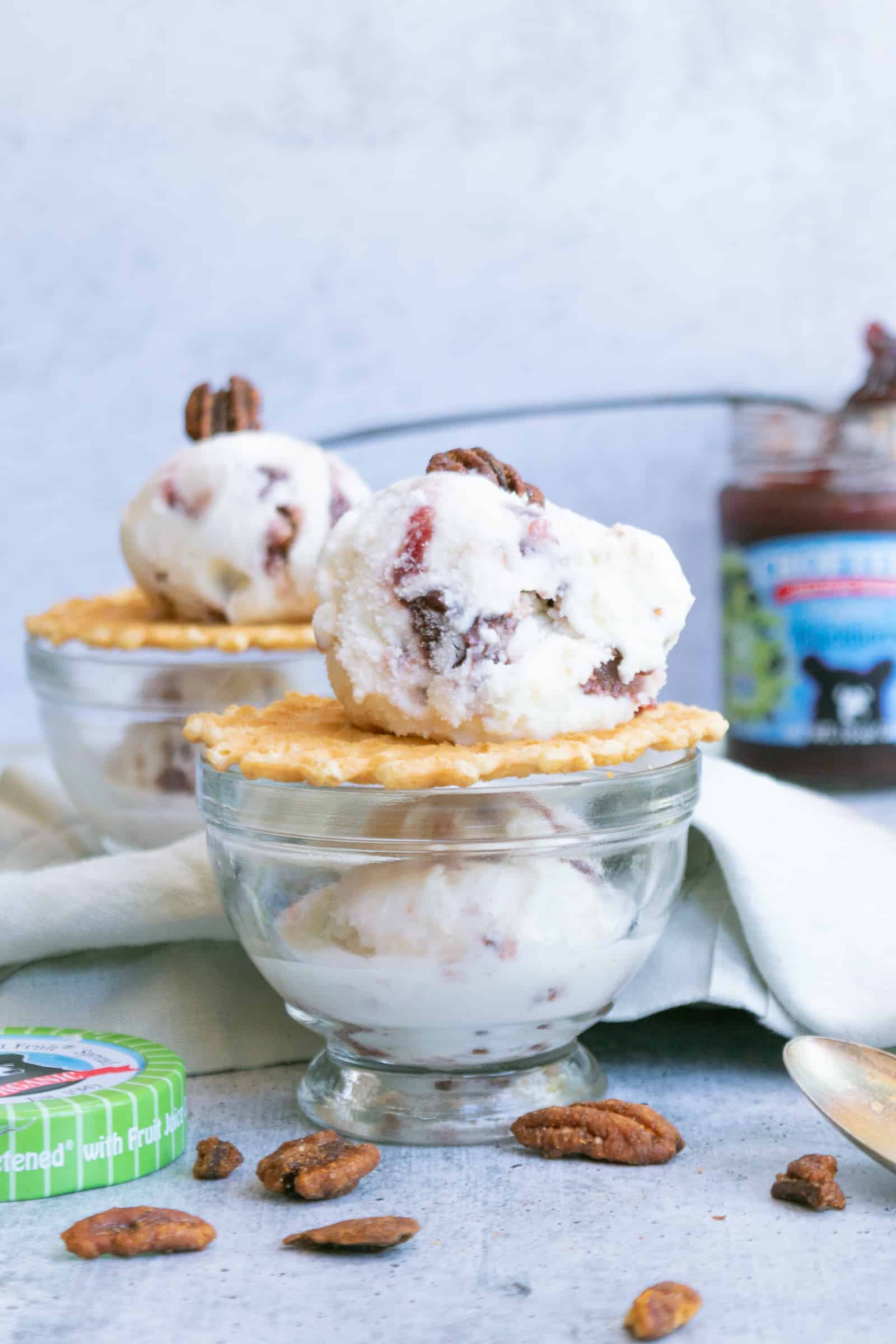 After the gelato has processed in the ice cream maker, pour ⅓ of it into a long container which will also be the same one that'll go into the freezer. Next, open up a jar of preserves. You might want to heat it a tiny bit to spread it easily. Spread ½ of the jar on top of the gelato and sprinkle with the pecans. Repeat this step ending with the final layer of gelato on top. Cover the gelato tightly ( I use this awesome tub made for ice cream) and freeze for at least 6 hours. 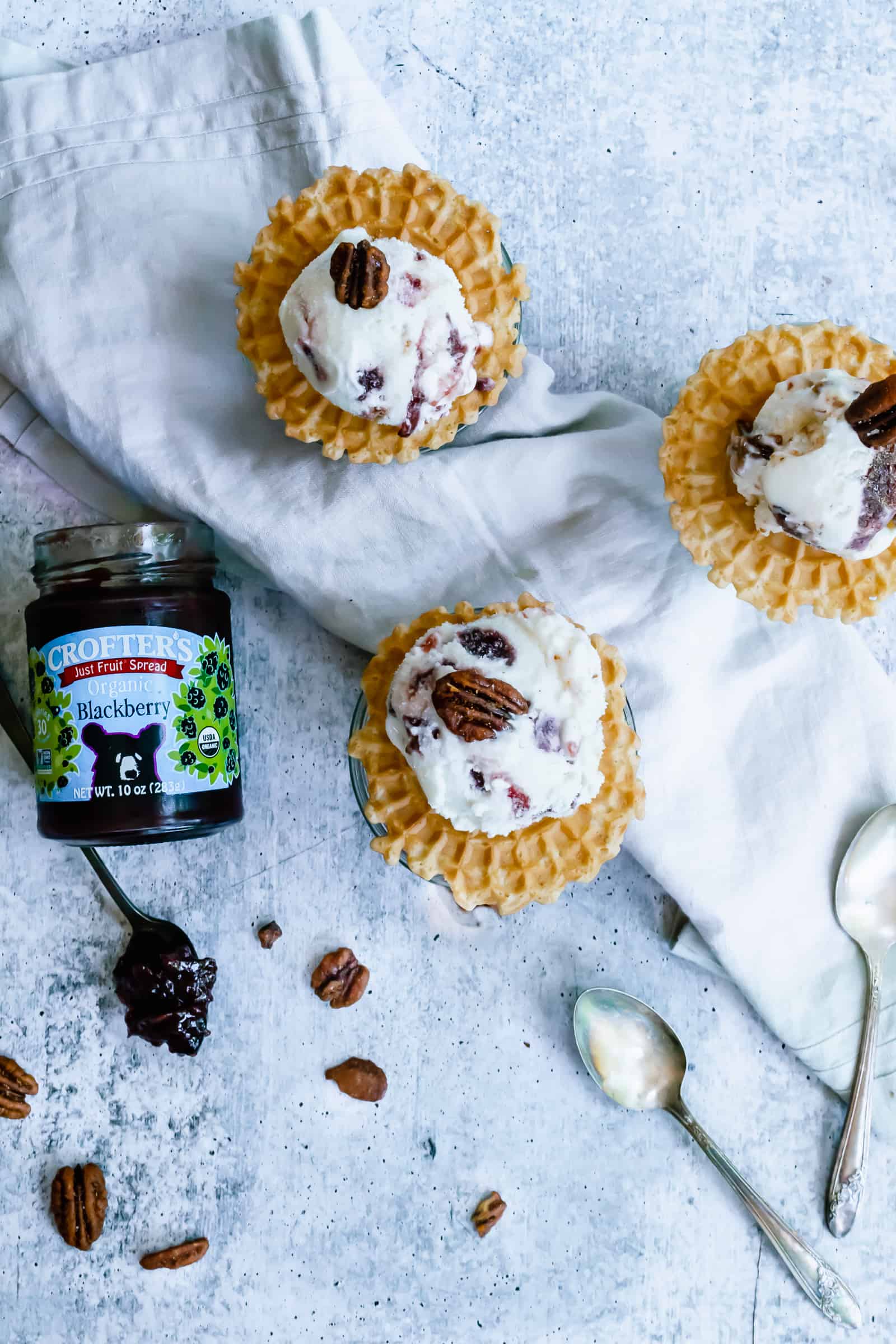 About 15 minutes before you want to serve it, remove the gelato from the freezer and sit it on the counter. Try and resist having a taste. Ok, have one taste. Just one. Ok, two.

If you were in Italy, you'd be eating gelato with a little tiny spoon multiple times a day— in as many flavors as can be packed into the small tiny cup. So break the rules...it's your kitchen!

For a crowd: Make a few batches and scoop the gelato into small cups and freeze in individual portions for a gathering.

For a few: Make the recipe as-is and enjoy! 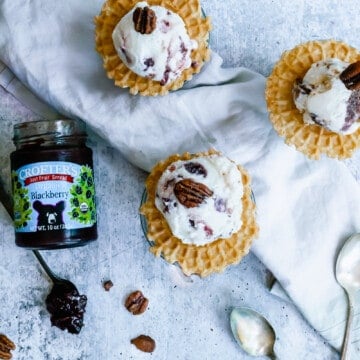