Italians call them crostatas while the French prefer galette. No matter what you call it,  it's basically a free-form pie. Whether you use homemade or premade crust for this Butternut Squash and Sage Ricotta Crostata, be prepared to love it. While you're at it, make two. 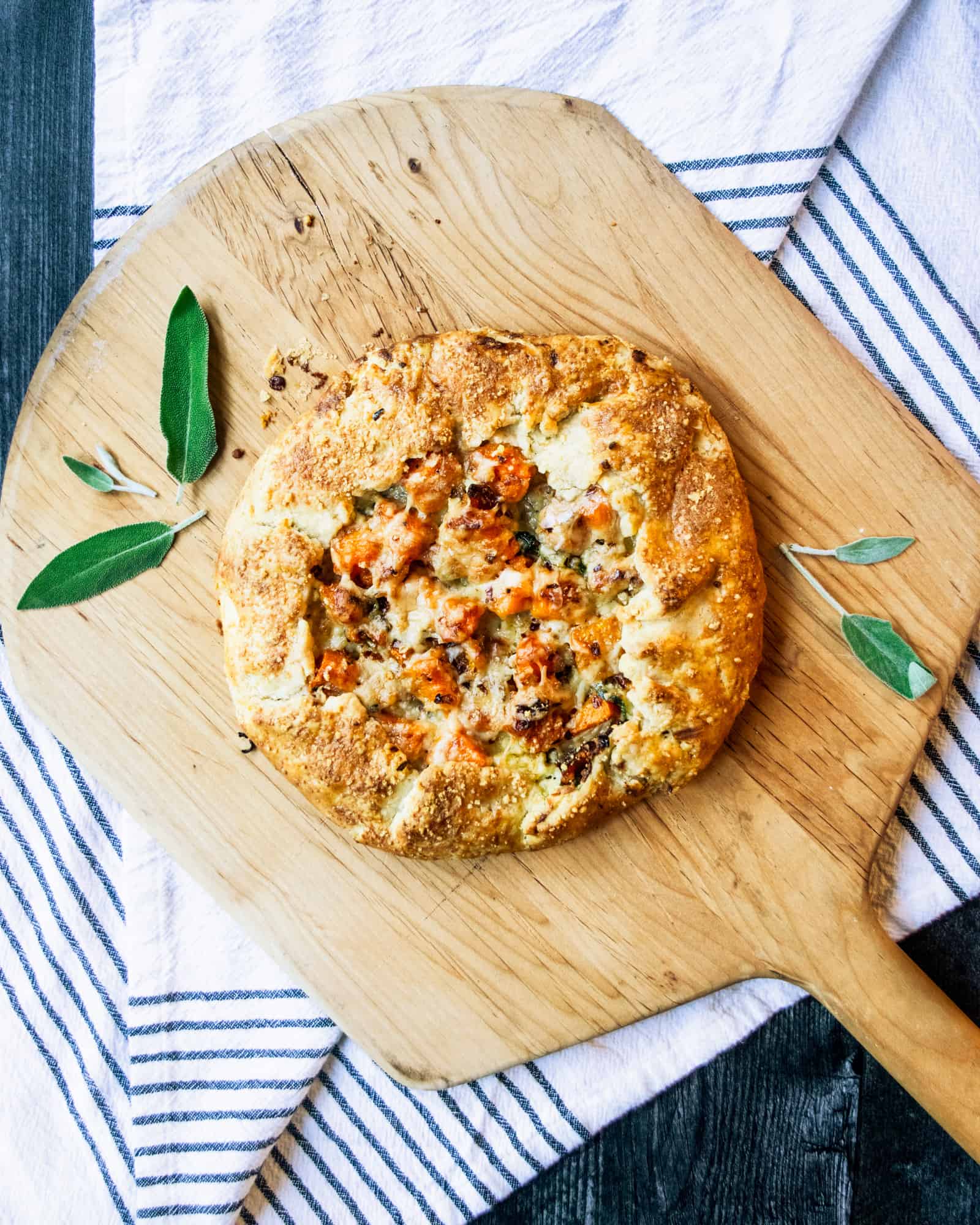 Confession time. Traditional pies are not easy to make.

At least they're not easy for this food blogger/long-time cook/mom. 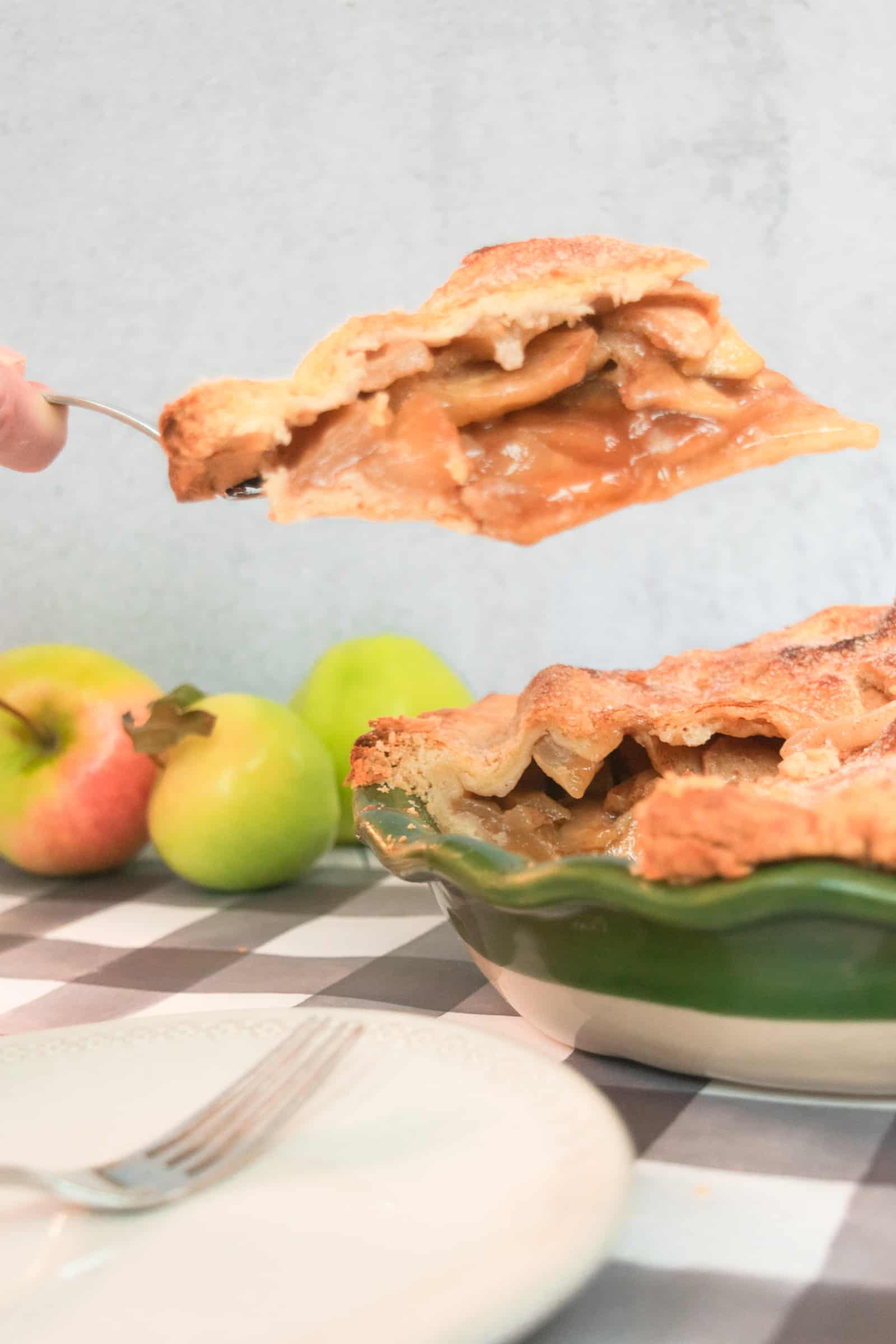 My good friend, Nora, is an excellent pie maker (pie baker?? baker of pies? pie chef?). Whatever you call it, she's it. Her pies (especially apple - shown above) are a work of delicious art. So — wouldn't it be a great idea to create a week called "Pie Week" and share the ins-and-outs of making a great pie? Envision posts featuring crusts and unique fillings culminating in the creation of the perfect pumpkin pie with an amazing, granola crumb topping. Easy, right? 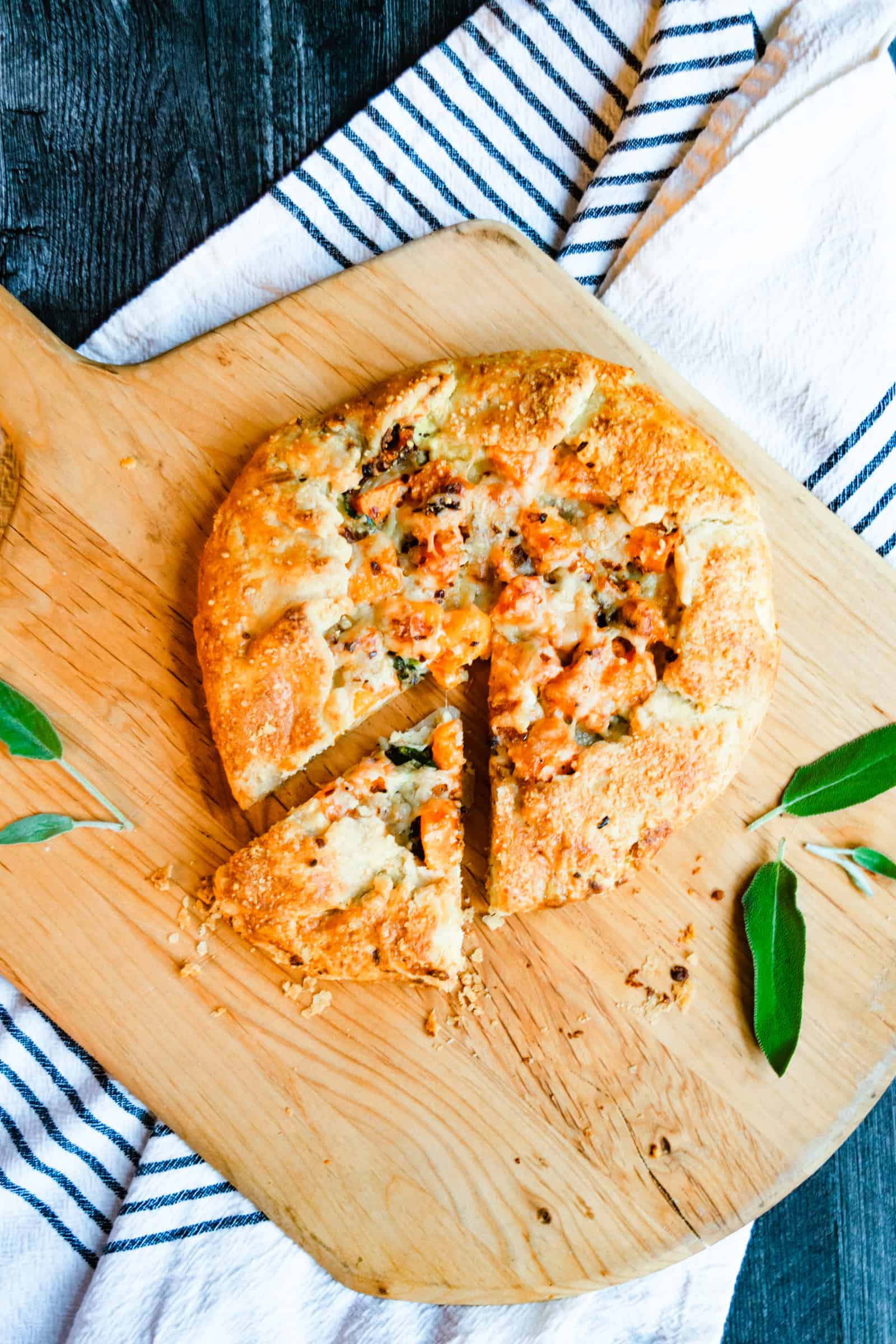 Translated: knowing it's time to regroup and understand when you're beat. But then —sometimes, when you're at your lowest, inspiration strikes. And pie becomes crostata. A crostata is something that's easy to support. It doesn't ask for too much fluffing or styling and flaunts its rustic simplicity. Dare I say it? Its elegance. A crostata is elegant. Better yet: a crostata can be sweet OR savory which is something totally worth celebrating.

So—What is a crostata?

The word "crostata" in Italian means pie. The word "galette" in French doesn't mean pie. It translates to "flat cake" which I guess is more of a free-form pie.

To make a crostata, you roll pie dough into a circle, pile the filling into the middle of the circle and pleat the dough around the edge and bake it directly on a baking sheet.

And no matter what you say about it -  it just means "good". 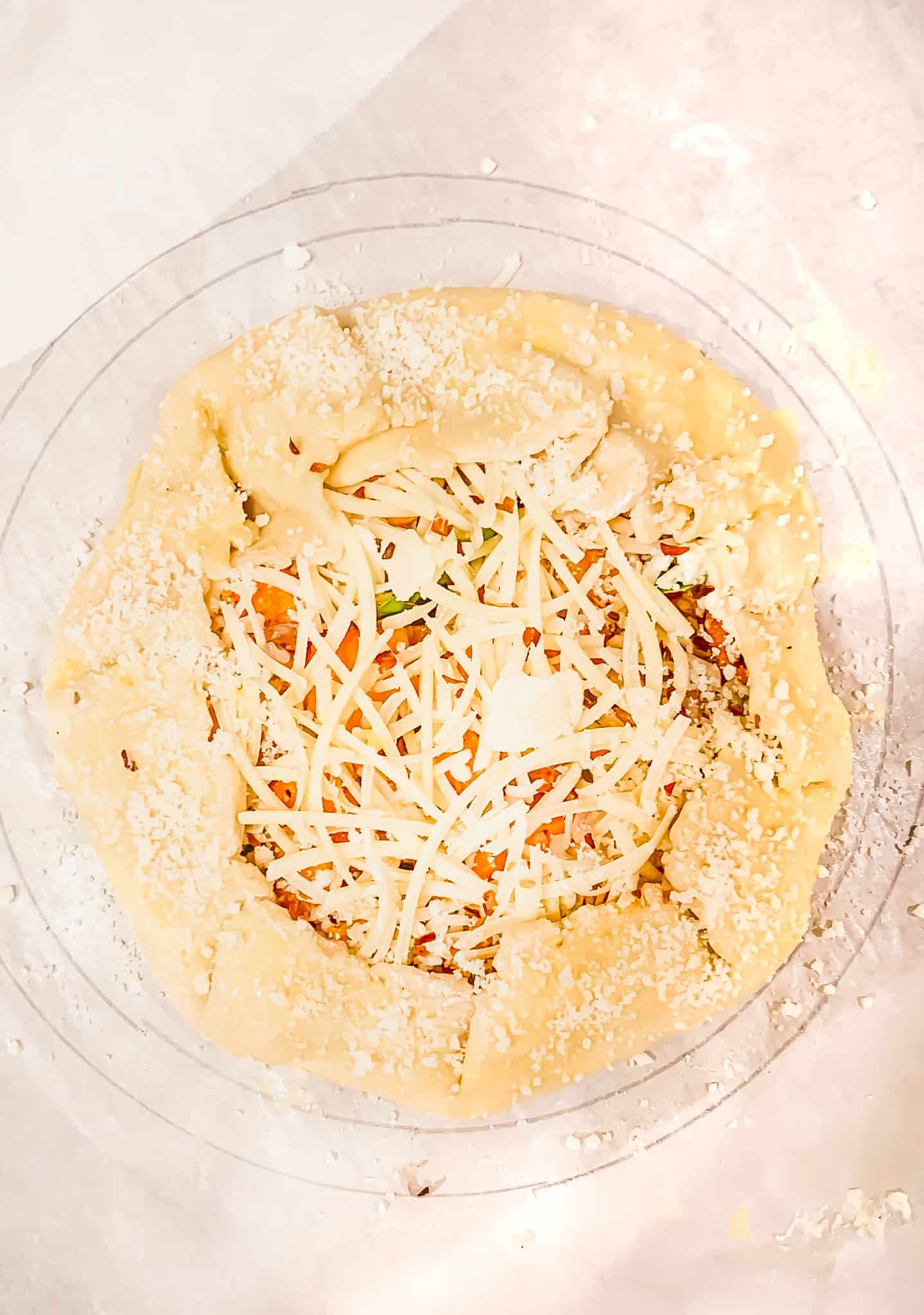 Does a crostata have to be sweet?

Before we get started on the filling, let's work on the crostata dough. 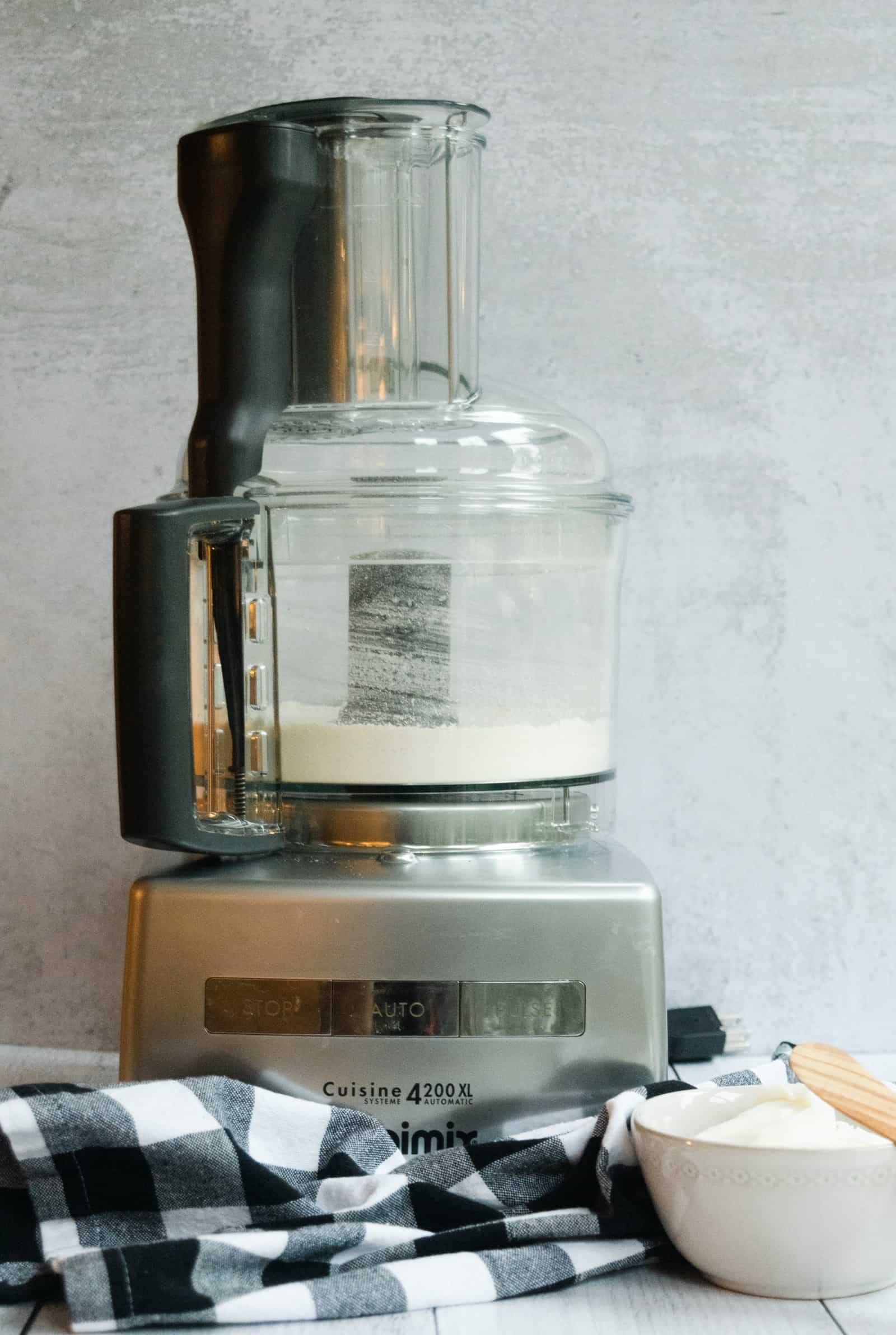 How TO make crostata DOUGH

Two ways to be a successful crostata dough maker

To make a great pie or crostata dough, your cold ingredients (butter and either vodka or water depending on your recipe) must be really cold. That's how the flakiness happens. When the heat hits the butter, it expands creating flaky layers. Flaky layers are good. 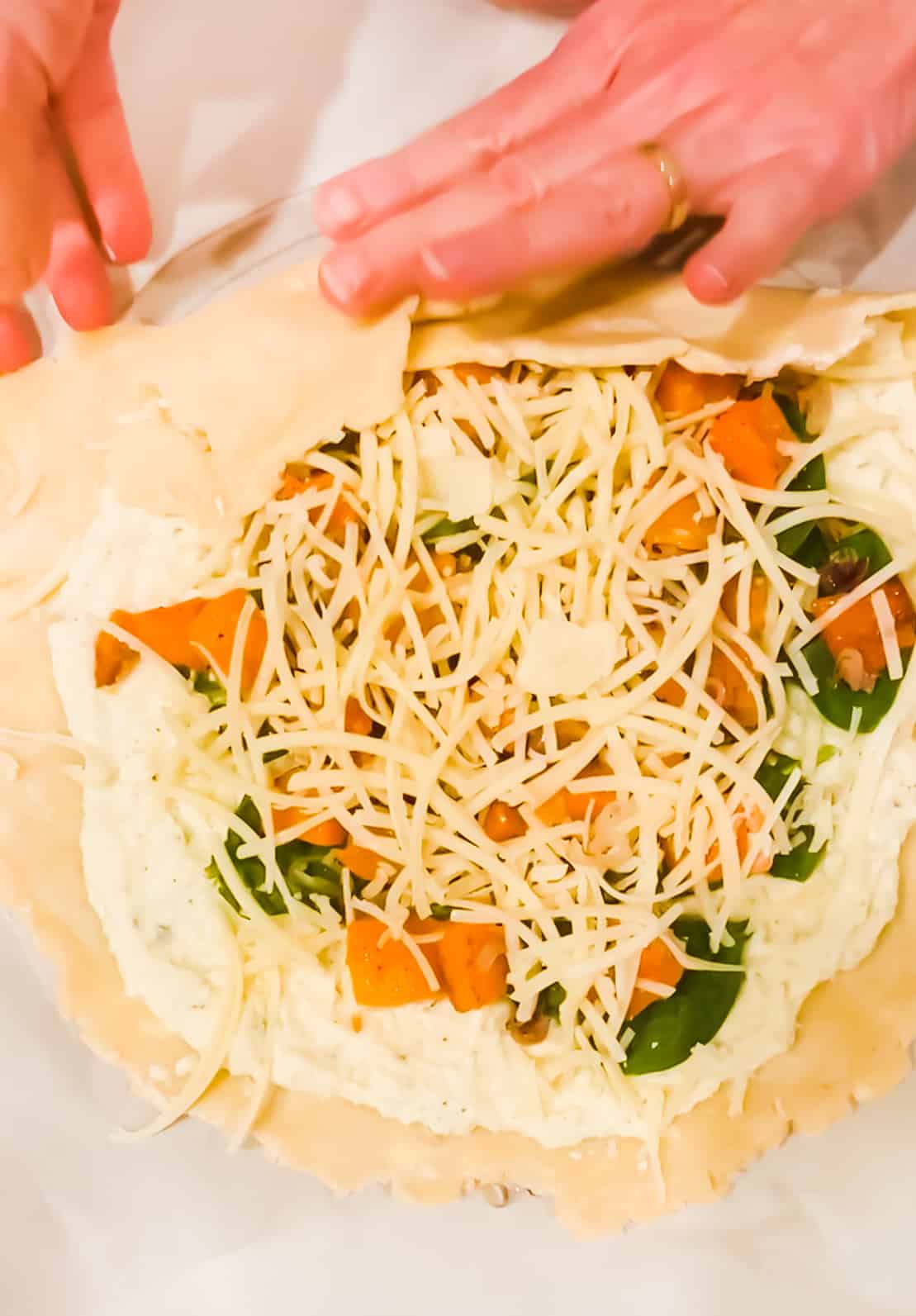 Make a few different kinds of savory crostatas along with a big Italian Crunch Chopped Salad for a casual and cozy fall brunch. Serve with some spiked mulled apple cider. 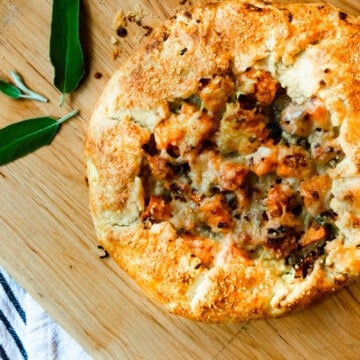